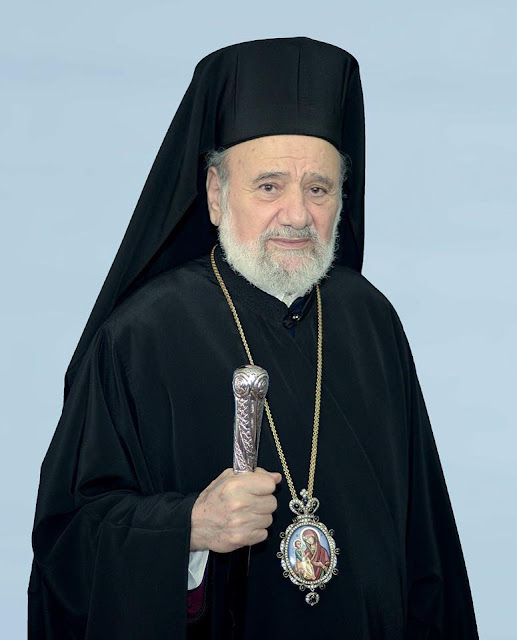 His Eminence Archbishop Stylianos, Primate of the Greek Orthodox Archdiocese of Australia, wrote a letter to the President of the Hellenic Republic, Mr Prokopis Pavlopoulos expressing not only the Church’s condolences for all who have tragically perished in the latest fires in Attica, Greece but also stating that the Omogeneia in Australia stands together in prayer for the countless people who are suffering, injured or devastated with the loss of their homes, property and loved ones.
His Eminence also informed the President that the Greek Orthodox Archdiocese has organised two collection trays (29-7-2018 & 5-8-2018) to raise money in support of those most in need. A Memorial Service for the victims will also take place in all our Churches across Australia. 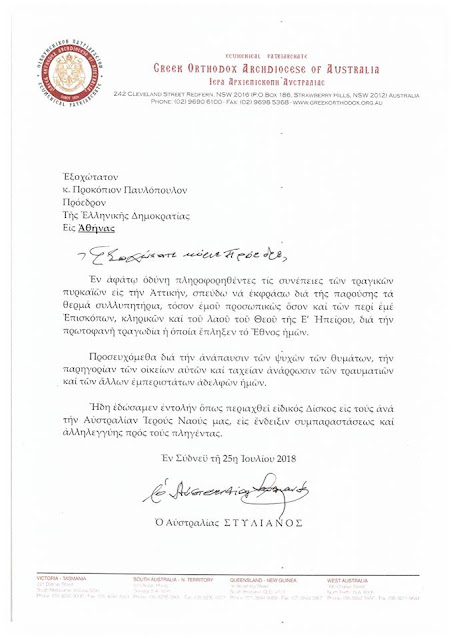 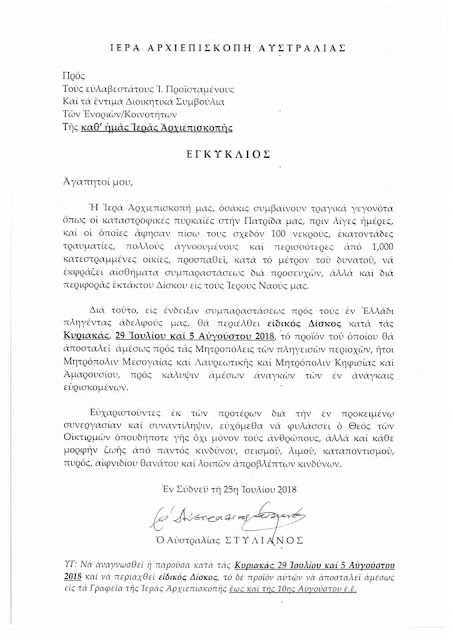