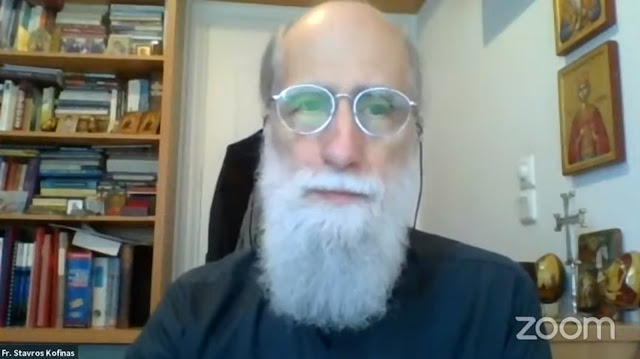 Challenges faced by European churches and society during the pandemic. Where does this lead us?

Our health (physical, psychological, and spiritual) defines the way we interact in the experiences of life. The “healthy” person who feels real and alive is able to incorporate his and her being into the whole, to be a significant part of a universal experience that is not centered around one’s self, without feeling that personal autonomy, genuineness and a sense of worth is at state. Thus, one’s existential fulfillment as a person is determined on how one participates, interacts, co-exists in the catholicity of being. To fully participate in this catholicity, one has to develop and maintain a sense of ontological security – a basic sense of trust – that will allow one to cope with the “enemies” (the difficulties) that threaten life – the greatest being death. Without a sense of security and trust, the circumstances of daily life and human relationships will be a living threat, a sheer hell, and one will have to contrive ways to preserve a sense of being. The inner threat of the self is often projected as an outer enemy that needs to be defeated. When an outer threat is real – as in the case of the Covid-19 virus – one’s inner threats become even more horrifying. To deal with this, one will create one’s own reality, denying the threat that surely exists.  Thus, one will form one’s own world in which he or she will be able to fully control to preserve one’s autonomy and identity, so that the projected or real “enemy” will not invade and destroy one’s sense of being. Such a defensive reaction, based on denial and displacement, harbors fear to the point of paranoia, anger and, on a social level, a type of group or “tribal” isolation – separateness. This separateness does not mean that the experiences of the world will not affect him or her. On the contrary, these experiences will be in interpreted and processed within the unreal world the threatened self has created.

It is necessary for us to understand these dynamics to understand why there has been such an adverse reaction to the way many have delt with the pandemic that has come upon us. The new virus threatens both the insecure self and the social realm that constitutes one’s being; the “freedom to be” as a narcissistic entity and the possible implosion of the “world” one has created for himself to feel protected from all inner and outer “enemies”.  When these dynamics are coupled with the immediate threat of death, a feeling of social injustice and discrimination, a lack of education or misinformation, they become explosively dangerous.

The anti-vaccination propaganda that we are witnessing is an overt expression of this phenomena. It is based on the need to have full control of what enters our body in fear of the unknown. The propagators are arguing to preserve their ontological beings so as not to be engulfed into the masses. It cultivates a denial of death and the need to feel omnipotent, something that Western societies have cultivated for years. Considering this, such propaganda should have not come as a surprise.

The growing fundamentalistic trend that is characterizing many faith communities has become part of the ant-vaccine propaganda because, in essence, these communities express the dynamics I have described; the of the unhealthy psychological and social make-up of one’s person. Although those that adhere to such communities profess total faith in a God that will protect them from all dangers, in practice, they breathe mistrust both in life and Man; they cultivate doubt and shame in the fear of condemnation and the fear of ostracization from the group that will protect them for all evil.

After the pandemic ends, we, as faith communities, will have to deal seriously with the fundamentalist trends that undermine health on all levels of human existence, cause division on all levels of society and distort the possibilities of establishing a healthy faith in God and a healthy relationship with our fellow humans being. Even more, we will have to deal with the psychological and social dynamics that constitute these dangerous trends. This will be our greatest challenge.

Network of the Ecumenical Patriarchate